You are here:Home . The Catalog . Asian Art . Edo period Japanese samurai saddle (‘kura’ or ‘yamato gura’) complete of all parts 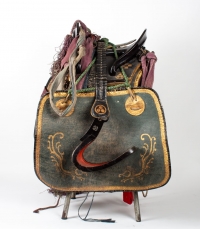 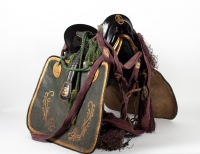 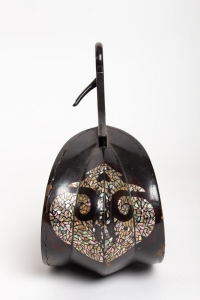 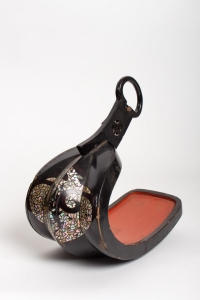 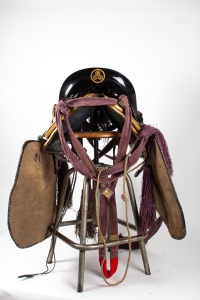 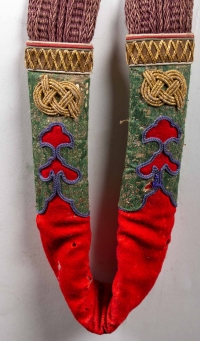 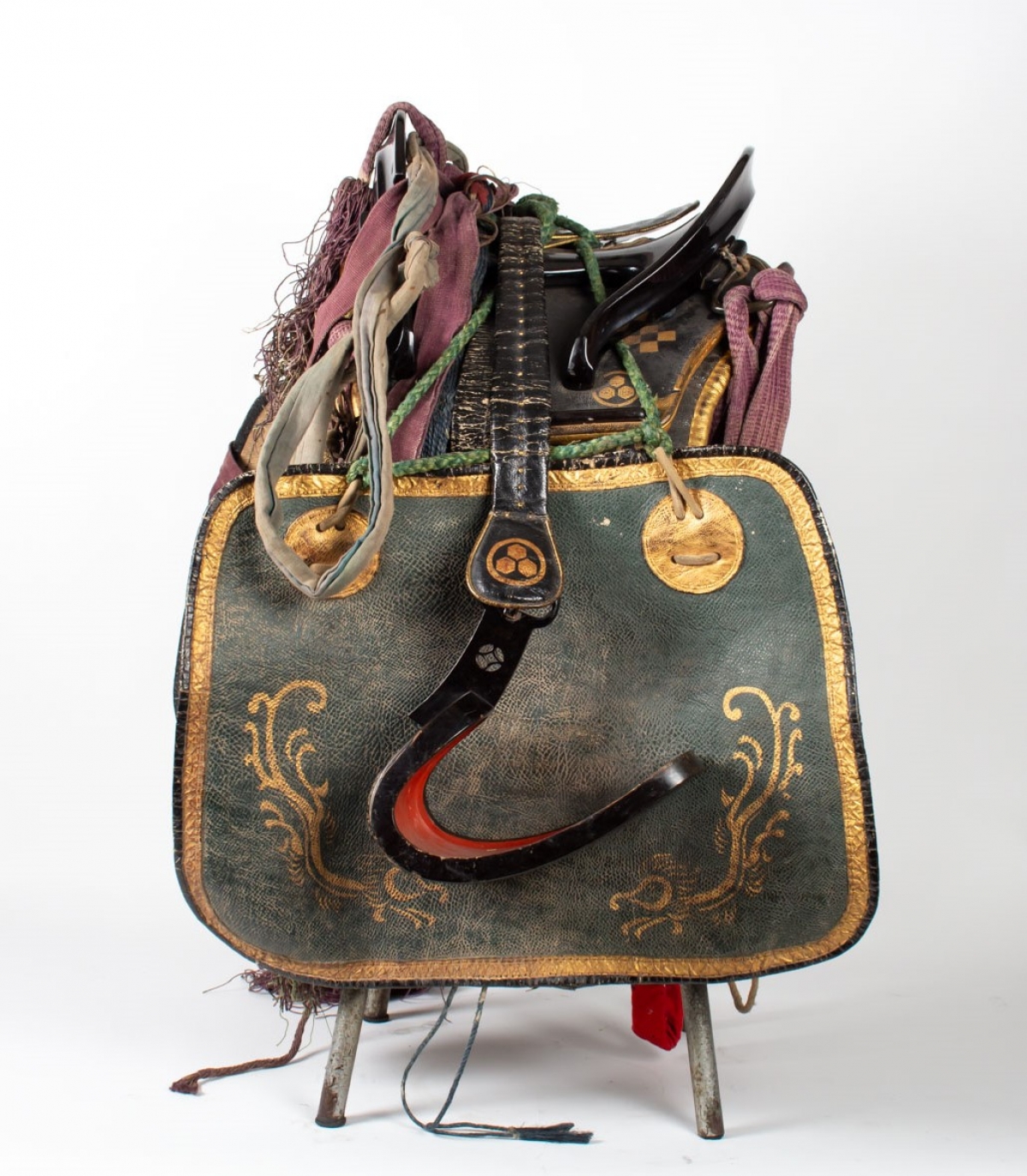 - kurabane: wooden tree covered in black lacquer with the coat of arms of the Azai (or ‘Asai’ - 浅井家) clan

- basin or kura tsubo: the thin leather saddle seat placed on top of the kurabane

- chikara-gawa or gekiso: black leather stirrup straps to connect the basin to the stirrups. Note that the chikara-gawa have the simplified seal of the Azai clan

- abumi: wood and iron stirrups covered in black and red lacquer with mother of pearl inlays

- shita-kura or hadazuke: twin set of double leather pads attached to the bottom of the kurabane to protect the horse’s back. The shita-kura are decorated with the simplified coat of arms of the Azai clan

- aori: saddle flaps in black and golden leather intended to protect the horse’s side from the stirrups

- shirigai: crupper connected to the kura on one end and looped under the horse’s tail on the other to keep the saddle from slipping forward

- shiode with purple strings: tie-downs in iron attached to the kurabane. These were used to tie the saddle to the horse with the strings

The saddle belonged to the Azai (or ‘Asai’ - 浅井家) clan. The head of the clan achieved the status of daimyō (feudal lord) in 1516 and established the Odani castle (one of Japan's Five Greatest Mountain Castles), located in the Ōmi Province (currently Shiga Prefecture). However, the existence of the Azai clan was relatively short as they opposed Oda Nobunaga who was attempting to unify Japan. The clan was first defeated by Nobunaga in the Battle of Anegawa in 1570 and was eventually eliminated by 1573, when Nobunaga sieged and took the Odani castle and the leader of the Azai family committed seppuku. 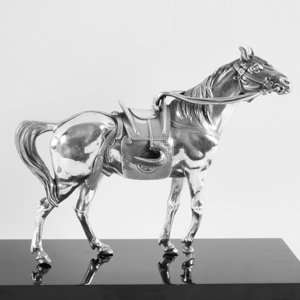 www.marchebiron.com | This email address is being protected from spambots. You need JavaScript enabled to view it.
back to top