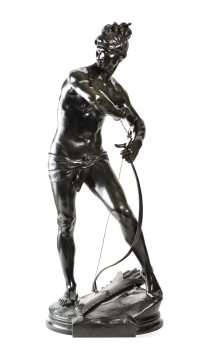 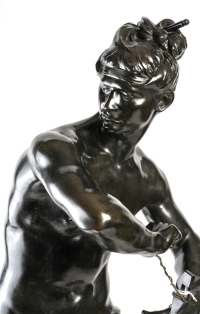 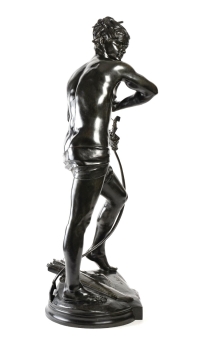 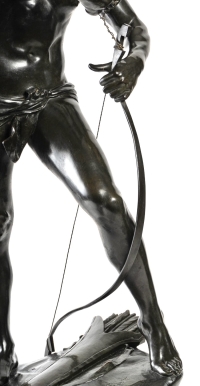 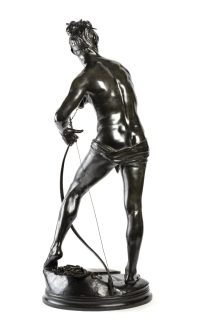 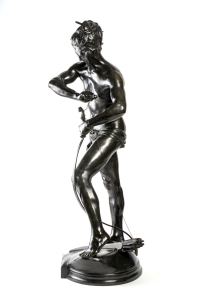 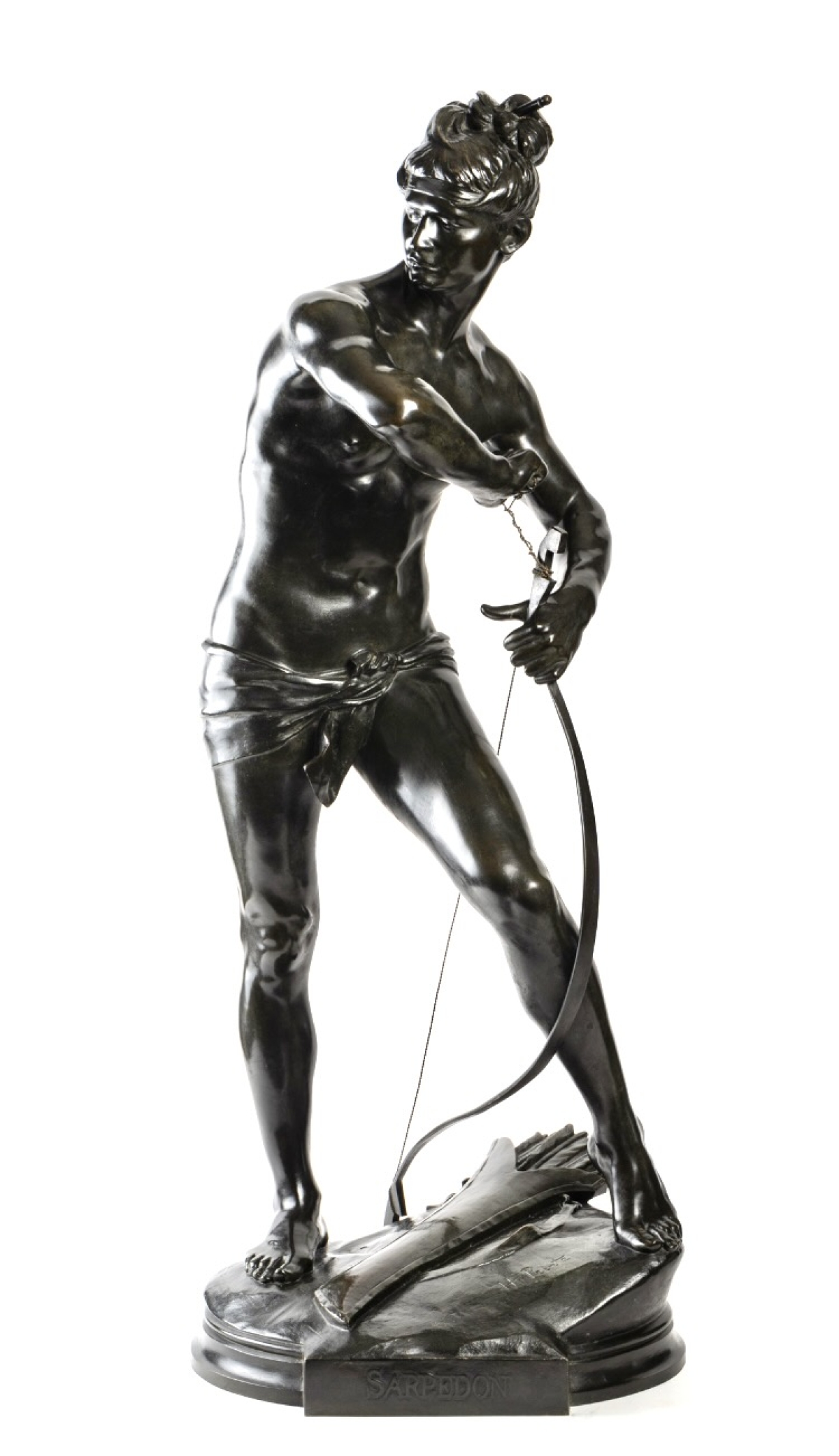 Bronze sculpture representing " Sarpedon " , in Greek mythology , Sarpedon (in ancient Greek Σαρπηδών / Sarpêdốn) is the son of Zeus and Europa . Sarpedon , Lycian Hero who took part in the Trojan War against the Achaeans is here represented drawing his bow with a quiver and arrows at his feet . Bronze with nuanced brown patina .
Signature of the sculptor " H. PEINTE " on the naturalist oval terrace .
Foundry stamp " SIOT-DECAUVILLE FONDEUR " .
Bronze titled " SARPEDON " on the front of the terrace .
Period XIX Th Century .
In a perfect state .

Sculptor of mythological subjects in the 19th century , he was a pupil of Duret and Cavelier .
He exhibited at the Salon of 1877 and won a third class medal and the Salon prize , with a statue of "Sarpedon" .
It is Henri Peinte's best-known work , noticed in the same year by art critics Charles Tardieu , Henri Houssaye and Paul Mantz .
It was made for a Public Garden in Cambrai where it will be installed in 1878 .
A bronze reduction of " Sarpedon " earned him a Grand Prix at the Universal Exhibition of 1889 , the year in which he was decorated with the Legion of Honor .
The original plaster model is currently kept at the Museum of Fine Arts in Coulommiers .
Several bronze editions are in the Musée des Beaux-Arts in Rouen . 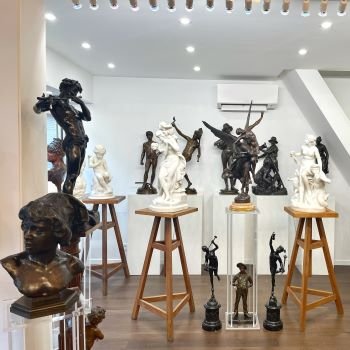