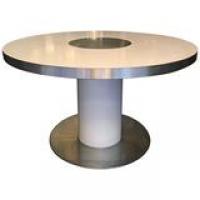 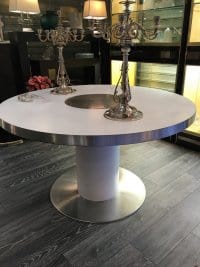 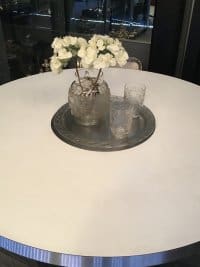 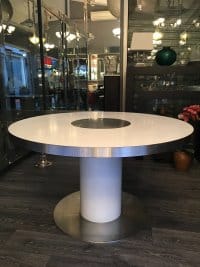 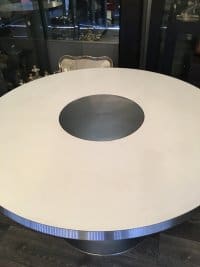 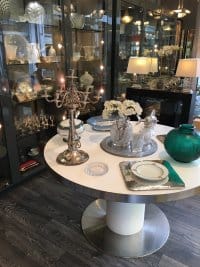 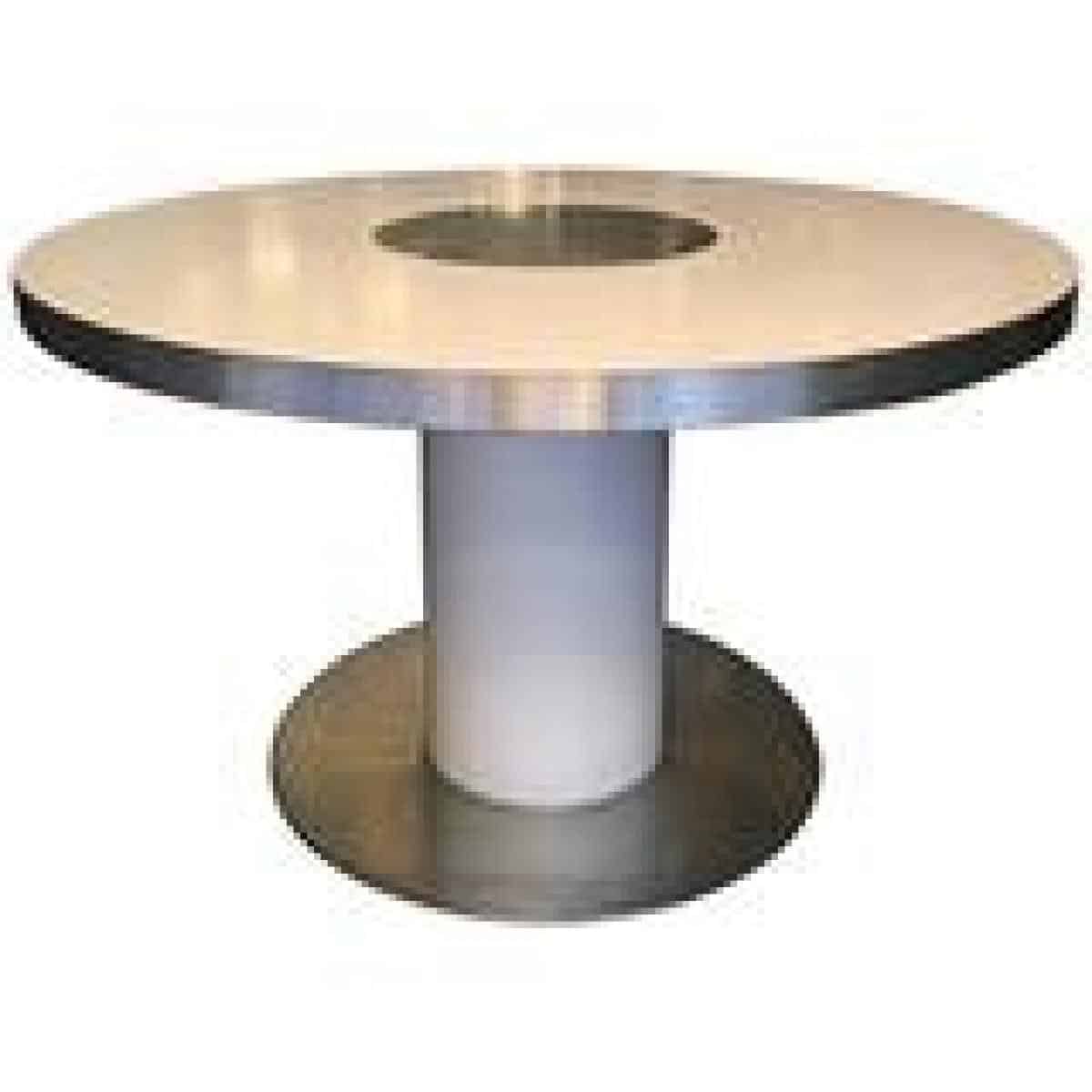 Willy Rizzo dining table model "savage" edited by Mario Sabot, circa 1970, in perfect condition,
in burr elm and brushed aluminium,
very rare version with its central swivel tray. (Possible up to eight people).
Willy Rizzo is best known as a photographer. He began his illustrious 20 year career with Paris Match in 1948 which lead to him photographing some of the greatest names of the period. Rizzo was married to Italian actress Elsa Martinelli, which gave him unparalleled access to the star names of the period and his cornucopia of sitters would include among others Brigitte Bardot.
Willy RIZZO (1928-2013) Table de salle à manger, modèle Savage, base circulaire en métal, plateau stratifié blanc à plateau tournant en métal. Circa 1972 H75 cm Diam:130 cm 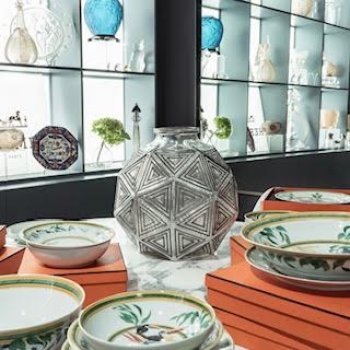 https://www.marchebiron.com | This email address is being protected from spambots. You need JavaScript enabled to view it.
back to top